Team Sonic Racing is a spin-off racing video game in the Sonic the Hedgehog series developed by Sumo Digital and published by Sega. It was first teased at SXSW 2018, and is scheduled for a release for the Christmas and holiday season of 2018. Finally, it was released in May 2019. It received both a physical and digital release for the Playstation 4, Xbox One, and Nintendo Switch, and a digital-only release for the PC.

Said to combine the best elements of arcade and fast-paced competitive style racing, Team Sonic Racing has the player face-off with friends in intense multiplayer racing.

In Team Adventure Mode, Sonic the Hedgehog and his friends receive letters that invites them to participate in a Grand Prix like none other. The invitations come from the mysterious sponsor of said race: Dodonpa, a funny-looking and chubby tanuki riding around in an Egg Mobile-like vehicle. While the gentle and chatty Dodonpa seems only interested in having Sonic and co. as racers in his Grand Prix, his intentions are a complete mystery and might be more sinister in nature.

Team Sonic Racing is a racing game in which players race against each other in multiplayer racing using fifteen characters from across the Sonic the Hedgehog franchise. Akin to Sonic & Sega All-Stars Racing and Sonic & All-Stars Racing Transformed, characters race through various race circuits themed on different locations in the Sonic series and collect power-ups to boost their speed or hamper their opponents. Some of the power-ups include fourteen different kinds of Wisps (a recurring power-up in the Sonic series), which can be used both defensively and offensively against rivals. Players are also given the opportunity to customize their racing style, having the freedom to choose between three distinct character types (Speed, Technique, and Power). The game will also feature unlockable game-changing vehicle customization options that adjust the performance and appearance of a playable character's vehicle.

Supporting both multiplayer and local co-op, Team Sonic Racing allows up to twelve players to race at the same time and offers four-player split-screen support. The game also has various offline/online race modes, including Grand Prix Mode, Exhibition Mode, Time-Trial and Team Adventure Mode. There is also "Adventure Mode", which is a story-centric mode available for players to familiarize themselves with the game and its wide array of characters.

Players can either race by themselves or as a team. In the latter case, it allows players to work together as a team to win races by sharing power-ups and speed boosts. Teamplayers can also use various team moves to assist their teammates, knock out opponents, and unleash special moves called "Team Ultimates". 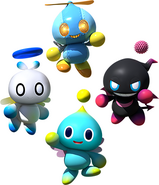 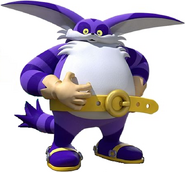 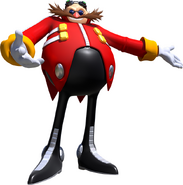 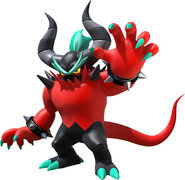 Team Sonic Racing features twenty-one tracks in total, each split across seven Zones and based on locations from past Sonic games. 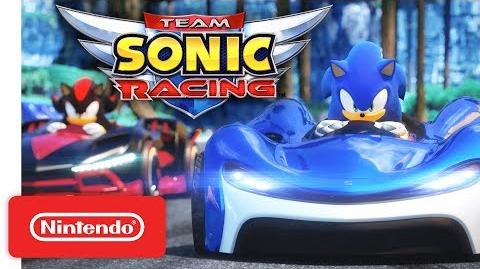