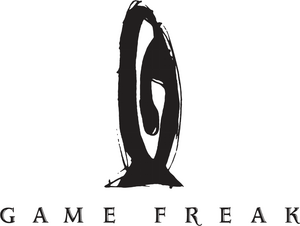 Game Freak is a Japanese video game developer, partner of Nintendo and the main developer of their worldwide famous series Pokémon. Starting of as a video game magazine, created by Satoshi Tajiri and Ken Sugimori, whom would later lay the foundation and create the 1996 megahit Pokémon Red and Blue. The duo would later create a company of the same name and would start developing video games, such as Mendel Palace for the NES and Pulseman for the Sega Genesis.

Their work with Nintendo began in 1991 when Game Freak developed Yoshi for the NES and Game Boy. Later, they developed Mario & Wario for the Super Nintendo, a puzzle game which utilized in the Super Nintend Mouse and was never released outside of Japan. After that, they met again in 1996 to release Pocket Monsters Red and Blue and Game Freak put their mark in the video game history.

They continued working with Nintendo for new Pokémon games and for the occasional non-Pokémon game, such as Drill Dozer in 2005 for the GBA and HarmoKnight in 2012 for the 3DS. They also developed video games for non-Nintendo systems such as Click Medic for the PlayStation and Tembo the Badass Elephant for home computers, PlayStation 4 and Xbox One. Those games were notably published by Sony and Sega, respectively, the current and a former rival of Nintendo.

List of Game Freak games on the Nintendo Switch